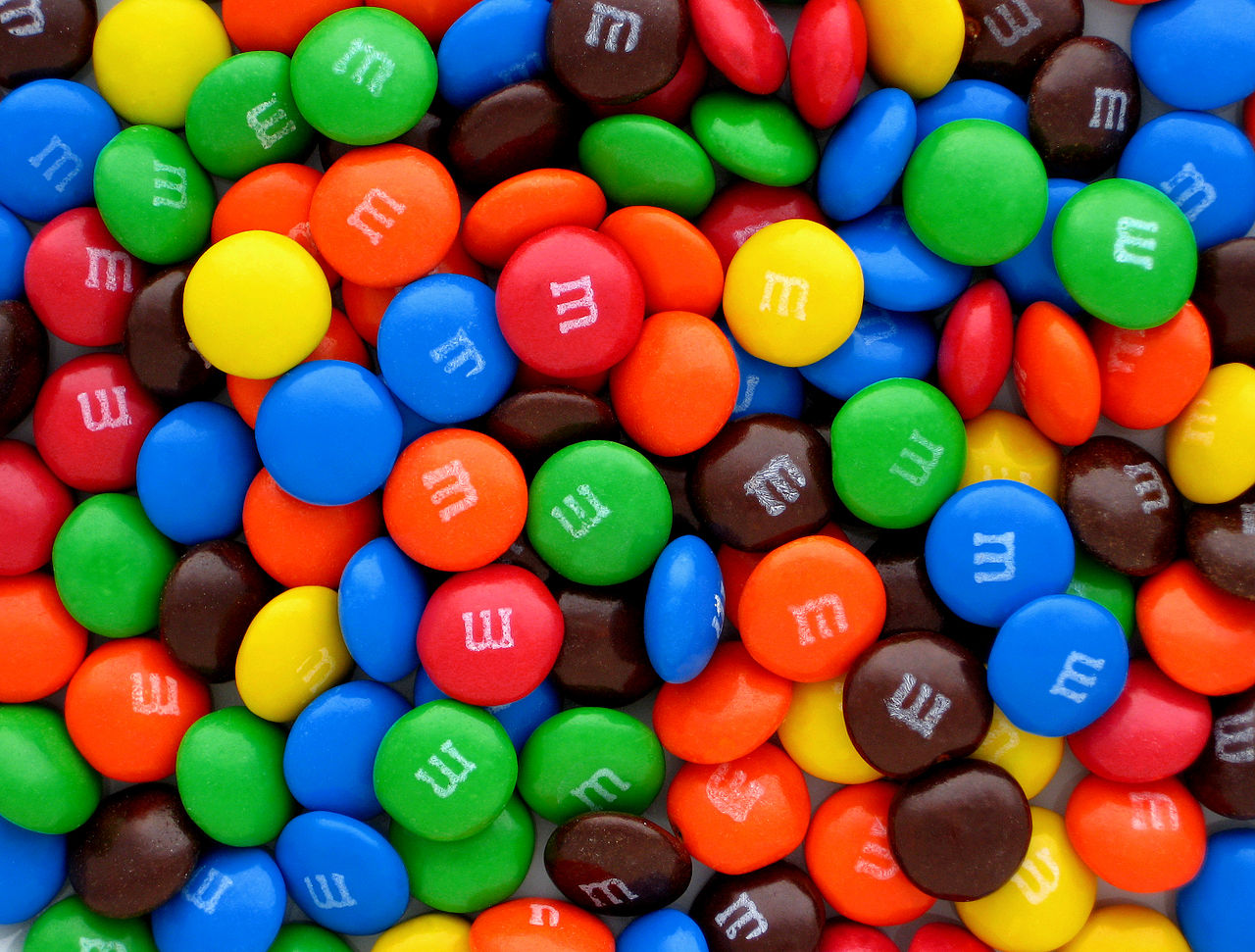 Sweet Facts About Your Favorite Candies

It’s Halloween! And you know what that means. Chocolate! Chocolatechocolatecholatechocolate! Yes, it’s almost time for you to abscond with your child’s plastic pumpkin after he or she is in bed and pick out your favorites. Here’s a little candy history to help you make informed decisions: Milton Hershey, the man whose name is synonymous with chocolate (Well, the Hershey part. Not the Milton part.), had a fourth grade education. He was first apprenticed to a printer, but that was short-lived. In 1872, at the age of 15, Hershey went to work for a confectioner in Lancaster, PA. He was a kid in a candy store!

Hershey first tried his hand at making caramel, but it was tough going in the beginning. He had two failed businesses before opening the highly successful Lancaster Caramel Company.

Seventeen years after starting his first failed caramel company, Hershey fell in love with chocolate. He attended the 1893 World’s Fair in Chicago and purchased the machinery from a display of German chocolate production. The following year, he opened the Hershey Chocolate Company. It did a booming business and he sold Lancaster Caramel Company for a sweet $1 million.

Hershey became the first person to make milk chocolate with mass production techniques and with fresh milk. The first Hershey’s bar was produced in 1900, from Milton Hershey’s own formula for milk chocolate. The original Hershey’s Milk Chocolate bar sold for a nickel and came in a white paper wrapper with gold lettering. The wrapper was changed in 1912, when another confectionery company claimed Hershey was infringing on their product trademark.

Oh, and about those images we see of WWII soldiers with their Hershey bars… They weren’t our Hershey’s bars. To meet military guidelines, Hershey developed a hard as a rock chocolate bar that could withstand combat situations. The Ration D Bars were so hard soldiers could break teeth on them. And they didn’t even taste good! They were so bad many soldiers would trade them with local citizens for better food. Later on in the war, a slightly better tasting Tropical Chocolate Bar was developed.

H.B. Reese was the father of sixteen children. Since reality shows had not been invented, Mr. Reese needed to find a way to support his family. At the turn of the 20th century, he was doing any job he could find–from butcher to factory work. In 1917, he went to work on a dairy farm owned by Milton S. Hershey in Hershey, Pennsylvania. Reese worked on the farm for several years and eventually moved to the company’s chocolate factory.

He felt so inspired (It was probably the smell of chocolate!) that he decided to make his own chocolates as a sort of side business. He set up operation in his basement, churning out a variety of candies and naming them after his multitude of young ‘uns. He outgrew the basement and started a real, honest to goodness, candy company, the H.B. Reese Candy Company.

In 1928, Reese started selling chocolate dipped peanut butter cups, known as “penny cups”. Yes, they really cost a penny each. He was able to quit his job with Hershey and expand to a 100,000 square foot factory on Hershey, Pennsylvania’s Chocolate Avenue. He was churning out a plethora of goodies. The business survived the Great Depression, but the scarcity of ingredients in WWII nearly did it in. Reese ditched his other products and started making peanut butter cups exclusively.

Business was booming, but, unfortunately, so was H.B. Reese’s heart. He died of a heart attack in 1956, shortly before his 77th birthday. The business went to his six sons (which really stinks for his ten daughters!). In 1963, the Reese brothers sold the business to Hershey’s Chocolate Company for $23.5 million, with H.B. Reese’s children getting a five percent share. Well, good for them!

First things first: The Milky Way bar is not named after the galaxy. Get out! It is named after a malted milkshake that was popular at the time. The bar was originally advertised as “A Chocolate Malted Milk in a Candy Bar”. Well, isn’t that out of this world?

Frank Mars, founder of the Mars company, developed the Milky Way along with his son, Forrest Mars Sr., in 1923. It was hardly a perfect Ward and the Beaver father/son relationship, though. Forrest was raised by his grandparents and didn’t see his candy mogul dad for twenty years. They worked together for a few years before Forrest threw some cheese in a rag on a stick on his back and headed off to England to make his own candy coated fortune. Oh, alright. I made up the part about the cheese. But there was a feud that sent Forrest packing. (Class, this part is important. It will be on the quiz.)

In 1926, the Milky Way began being sold nationally. The original bars cost a nickel and weighed in at more than 3 oz. That’s almost double the size of today’s regular size bars. They were light on the caramel, though, since caramel was expensive to make. They came in vanilla or chocolate. Remember how Forrest Mars Sr. left home like one of the Three Little Pigs and went to England? (I told you it would be on the quiz!) Well, ol’ Forrest did pretty well for himself. He started his own candy business, proving that Forrest really did think life is like a box of chocolates. (Oh, come on. I just said what we were all thinking.) The younger Mars man visited Spain during the Spanish Civil War. While there, he saw some soldiers eating chocolate candies covered in a hard candy shell. Ah, inspiration!

Forrest Mars knew that candy sales melted down to nothing during the summer months. Putting chocolate in little melt-proof candy coatings seemed like the answer to all of a chocolatier’s weather woes. Mars got a patent and began manufacturing the candy, in 1941, in Newark, NJ. Mars approached Bruce Murrie, the son of William Murrie, president of Hershey’s, and persuaded him to be a business partner. Hmmm… Mars and Murrie. M&M. Huh. Well, what do you know! For the first few years, M&Ms were made with Hershey’s chocolate. It’s sort of like learning the history of a great big incestuous chocolate-making family!

M&Ms were packaged in cardboard tubes and were a favorite WWII soldiers. When the men returned home, they were HOOKED! The original M&Ms came in brown, yellow, orange, green, and violet. In 1947, a 1/4 lb. bag of M&Ms cost $0.15. That was quite the bargain for a candy that melts in your mouth, not in your hands!