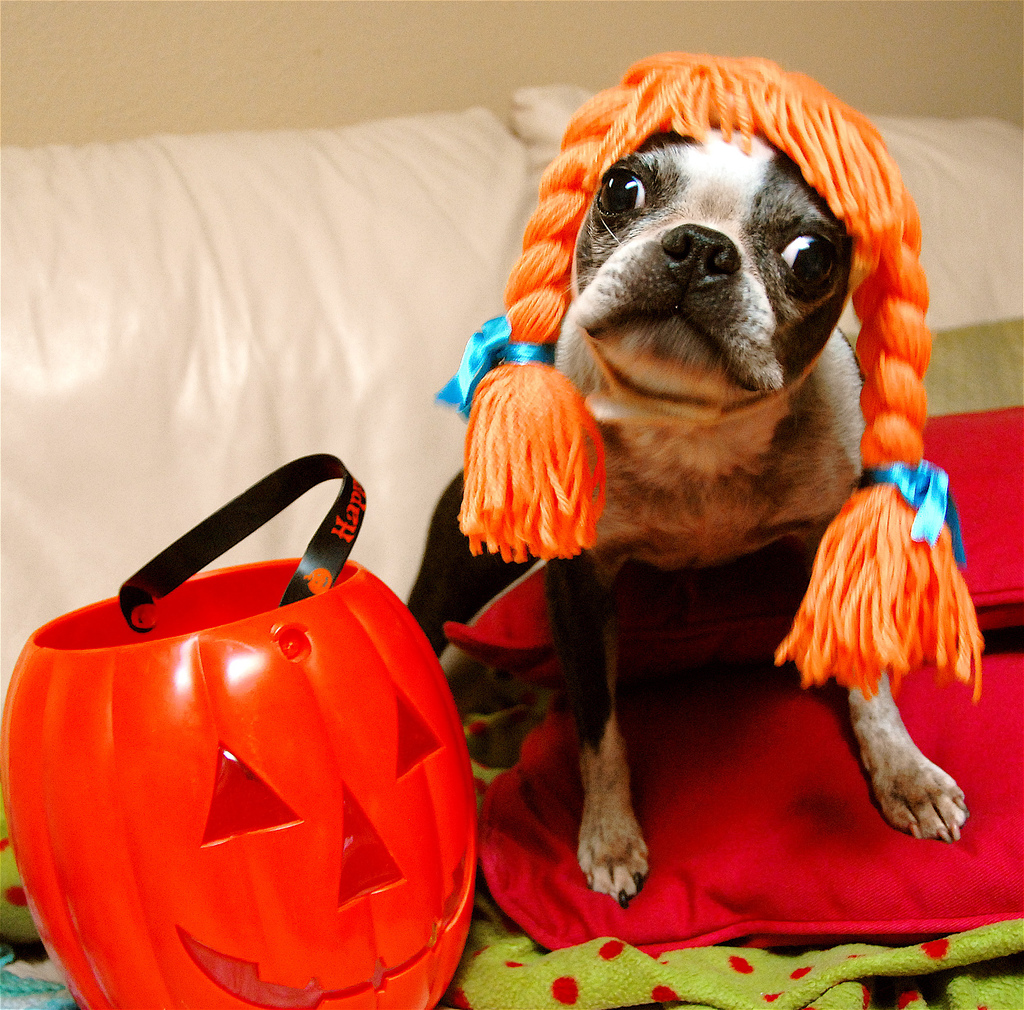 By Christi PeltOctober 28, 2016Featured, The Junk Drawer
No Comments

Halloween is here! It’s time to put on a costume, scarf some candy, carve a pumpkin, and bob for apples. But why do we do any of those things? I’m glad you asked! Today, we’re going to explore some of my favorite October 31st traditions.

To really get into the origins of Halloween, we have to go back thousands of years to the Celt’s holiday of Samhain, which was also celebrated on October 31. Samhain was a day when mischief making dead people walked the earth and Druid priests predicted the future. People started wearing costumes in order to camouflage themselves among the spirits. Ninth Century Christianity provided us with All-hallows Day, which is celebrated on November 1st. All-hallows is a day to celebrate saints and martyrs, with November 2nd being designated as All Soul’s Day, a time to honor the dead. The celebration was extended to include the tradition of All-hallows Evening on October 31st.  And so, merging All-hallows evening with some of the old Samhain traditions, our modern Halloween was born. Batman and Robin really get around!

When church people in England began celebrating All Soul’s Day, it included the bonfires and costumes of Samhain. Poor people visited the houses of wealthier people and struck a sort of holy bargain. In exchange for pastries known as soul cakes, the poor people would promise to pray for the souls of the wealthy people’s dead relatives. Children, who would ask for sweets and money, took up this practice of “souling”.

The U.S. has British immigrants to thank for bringing Halloween to the colonies. By the 1920s, Halloween pranks became widespread in America. Trick-or-treat might also have been known as, “Give me something sweet or I’m going to knock over your outhouse!” The mischief settled down when trick-or-treating was temporarily halted due to the sugar rationing of WWII. By the time it resumed, fewer Americans had outhouses and it was a much sweeter holiday (particularly for the candy companies). The practice of carving Jack O’ Lanterns can be traced back to Ireland and a spooky story about a man named Stingy Jack. In this ghoulish myth, Stingy Jack asked the devil to have a drink with him. With a name like Stingy Jack, it should come as no big surprise that the skinflint didn’t want to pay for his drink. He made the only decision a mythical skinflint could make and asked the devil to turn himself into a coin with which Stingy Jack could pay for their drinks. As soon as the devil obliged, Stingy Jack then pocketed his devilish coin! Not to worry; he put it next to a silver cross so the devil couldn’t change back into his usual form. Later, Stingy Jack did allow the devil to stop being spare change. Sensing, he might have gone too far, he made the devil agree to leave him alone for a full year and not to claim his soul.

To make a long myth a little shorter… Stingy Jack tricked the devil again the following year. When Stingy Jack died, God didn’t want him and neither did the devil. Dead Stingy Jack was sent off to roam the nights with only a burning coal to light his path. He made a makeshift lantern by plopping the coal into a carved out turnip. And “Jack of the Lantern” has been roaming around ever since!

People in Ireland and Scotland started making their own root vegetable lanterns by carving frightening faces into turnips and potatoes and putting them in their windows to scare away Stingy Jack and any other haunts who happened to be out and about. English people did the same thing using beets. That is one terrifying turnip!

When Irish immigrants came to the U.S., they brought the tradition with them. Eventually, they found that the good ol’ American pumpkin made a much better lantern than a turnip, potato, or even a beet. That’s good because it’s disturbing to think about children getting into the Halloween spirit by watching the Peanuts gang in “It’s the Great Turnip, Charlie Brown!”

When the Romans conquered the Celts, they merged many traditions. The Romans brought the love of the apple tree, which represented Pomona, the goddess of fruit trees. (Oh, my stars! So this is where Pomona, California, with its orange groves got its name. I love learning new things!)

The goddess of fruit trees wasn’t relegated to watching over farmers’ markets or other fruity endeavors. She was also a symbol of fertility. Now, here’s where those merged traditions gets interesting.

The Romans had Pomona, the fruit tree/fertility goddess. The Celts believed the pentagram was a fertility symbol. When an apple is sliced in half, what do you see? A pentagram! (Sort of. Just go with it because the Romans and Celts did!) Somehow the apple was used to determine marriages. Alrighty, then! That evolved into a game of unmarried young people putting a bunch of apples in a tub of water, dunking their heads in the tub, and trying to bite into an apple. The first person to bite an apple was the next person to marry. Girls would put their bobbed apples under their pillow to dream of their future husbands. That sounds way less messy than the more modern tradition of putting a slice of wedding cake under a pillow! Of course, apple bobbing no longer has diddly-boo to do with getting married, but it is a fun game to play at Halloween parties, if you’re not a germophobe. But because we at My Imaginary Talk Show believe in safety first, I bring you a cautionary apple-bobbing tale. In a 1912 edition of The Oakland Tribune we can read about a bit of apple bobbing gone wrong. Very wrong!

“While bobbing into a tub of water for an apple at a Hallowe’en Party last night, John Coyne of 1414 West street opened his mouth so wide that he dislocated his lower jaw.”

The story goes on to tell us that Coyne was taken by ambulance to a local hospital to be treated for injuries and continues with:

“He then returned to the festival but in the meantime the prize had been carried off by a competitor.”

So much for an apple a day keeping the doctor away! Now that you hopefully know a little bit more about the history of Halloween, I want to move on to some Halloween statistics. The interwebs tell me that people in the U.S. spend more than $6.5 billion on Halloween annually, with the average consumer spending around $75. We’ll talk more about candy on the next episode of My Imaginary Talk Show. It’s must-see imaginary television! You won’t want to miss it!