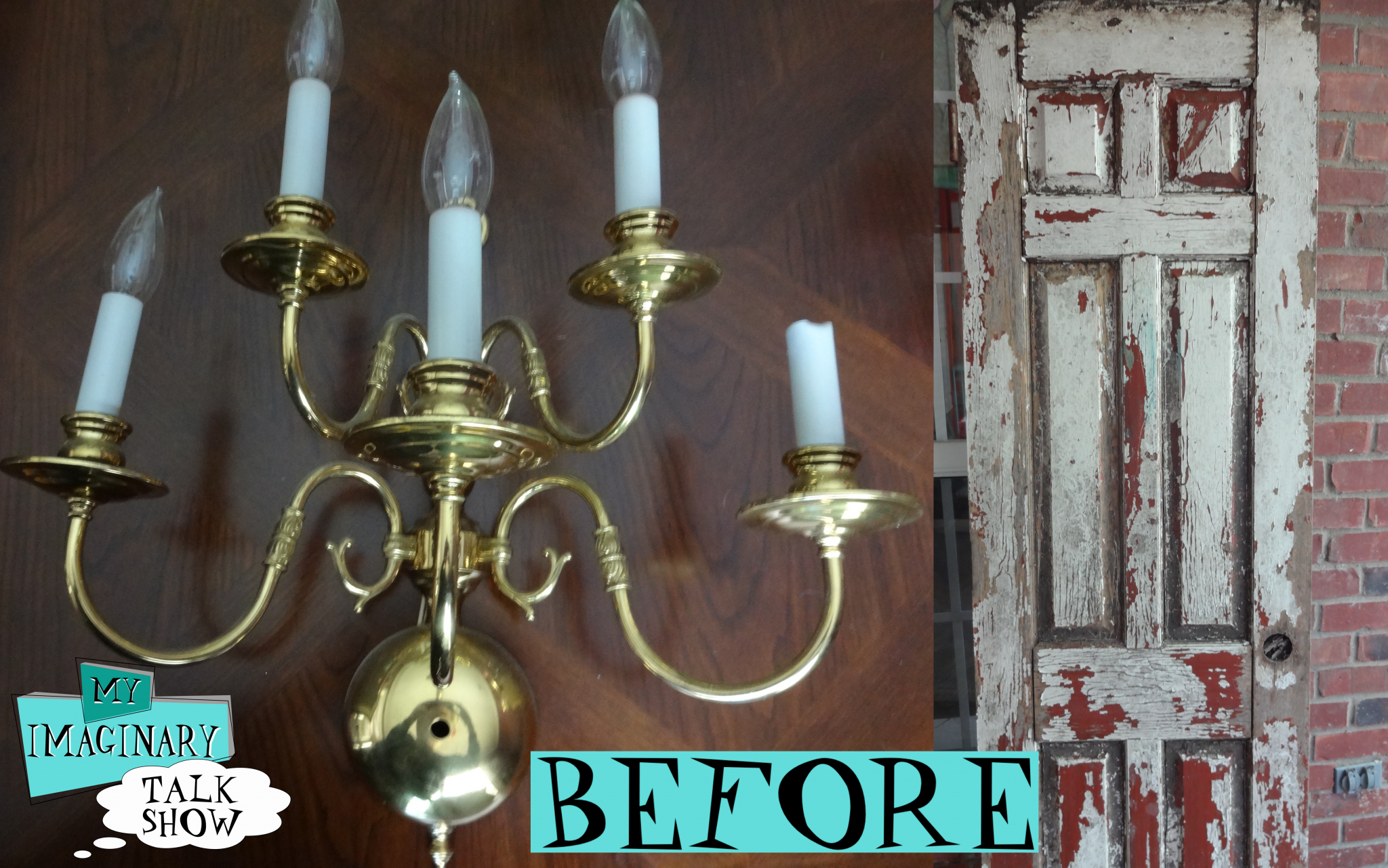 Sometimes life hands you trash. And, if you’re like me, you’re fortunate enough to have a son with a knack for taking that trash and turning it into really cool stuff. That’s the case with today’s Bad to Decor segment. We found a door. And you know the old saying: God never throws away a door without a couple of trash pickers opening up the trunk of their car and driving it home. We found an old wall sconce, which was no longer a productive member of the lighting community. Like many pieces of 80’s decor, it found itself by a curb on trash day. And, BAM! Landon combined the two pieces and turned them into greatness! The door makeover began by sanding off the chunky old paint to make a smooth wooden surface. Quickly painting layers of white, mossy green, and robin’s egg blue onto the door, Landon allowed the paint to dry until it was still slightly tacky. Then he took a damp rag and removed bits of paint to give it a distressed look. He took a jigsaw and cut away a small area in the space for the doorknob and inserted a dimmer switch. and an antique bronze light switch cover.

Heavy duty wire for hanging heavy duty pictures was strung on the back of the door, making it able to be hung on a wall. You’d think that’s where this story would end, but Landon remembered he had a box of antique crystals tucked away for such a time as this. Doesn’t everyone? He strung the crystals onto the arms of the wall sconce. The result is one part Downton Abby and three parts shabby chic. You might say it’s Downton Shabby Chic. But you don’t have to. I just did.