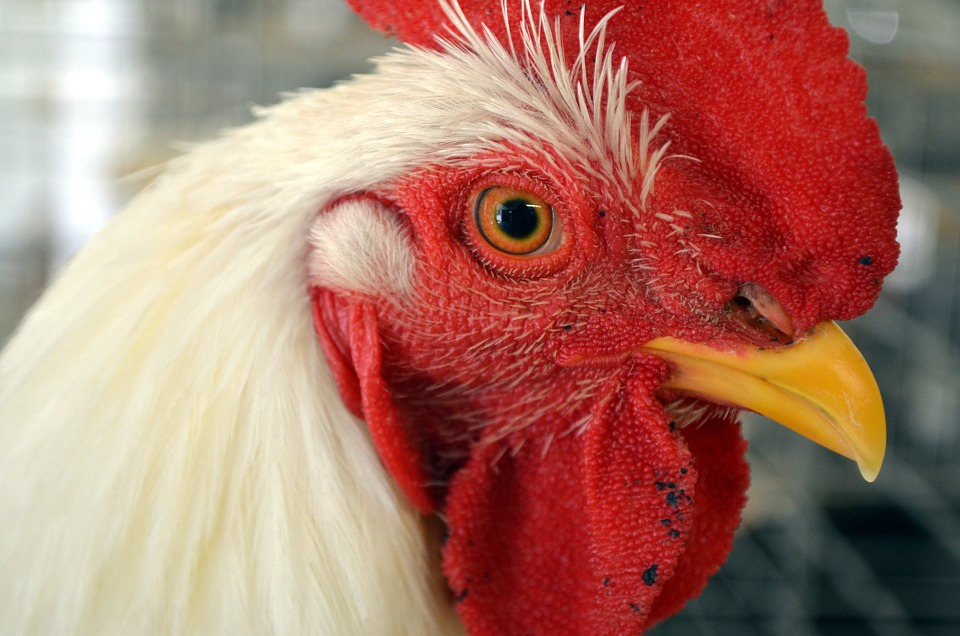 By Christi PeltOctober 21, 2016Featured, The Junk Drawer
No Comments

One of the perks of hosting My Imaginary Talk Show is I get to decide which stories make it on air. The subject of this particular story is one I have tried to sell to ghostwriting clients, in the past. They had the same reaction: “That’s fascinating, but ewwww!” Yeah, well, what can I say? Not everyone is the blogging visionary that I am. I believe the fascinating outweighs the ewwww in this instance, and that is why we’re going to talk about Mike the Headless Chicken.

Off With His Head!

Prior to one fateful September evening in 1945, Mike was just a happy-go-lucky guy. At five and a half months, he was young, but he had a good head on his chicken shoulders. But, that particular evening, farmer Lloyd Olsen’s mother-in-law was coming to dinner and it was time to fry up some chicken.

Farmer Olsen went out to separate Mike’s noggin from the rest of Mike.  The good farmer was no amateur. He knew what to do. With one whack of the axe, Mike’s little head flew off and…

Now, by all rights, this story should end with Mike being dredged in flour, fried in sizzling oil, and served on Clara Olsen’s Blue Willow dishes with a side of mashed potatoes and flaky biscuits. But that would be a very boring tale. Besides, I’ve pretty much given away this story with all of that headless chicken talk. What happened next was farmer Olsen learned not to count on dinner before his chicken was axed! Mike’s head was on the ground, but the remainder of Mike hit the ground running. Okay. We’ve all heard the saying, “running around like a chicken with my head cut off”. That bit of folksy imagery didn’t come about for no reason. Mike the Headless Chicken, who really should have been called Mike the Headless Rooster, continued to run around for eighteen months with a complete inability to wear a jaunty hat–or any hat.

How? I’m glad you asked! Farmer Olsen’s aim was a mite off. He got the head, but he missed the jugular vein, leaving Mike with one ear and enough of a brain stem to run around for a year and a half. Most people might have simply tried again, but, after watching a decapitated rooster strut around the yard, the Olsens were out of the mood for fried chicken. And that is how the Meatless Monday movement was born. Oh, okay, I completely made up that part, but everything else is the absolute truth.

When Mike continued to attempt to do all of the regular rooster things, the kind-hearted Lloyd Olsen did what anyone without a good show to binge watch on Netflix did. He started feeding Mike a mixture of milk and water through an eyedropper. He even tossed some small kernels of corn down Mike’s open-air gullet. Nom nom!

Some people implied this story was much ado about a big pile of chicken doodoo, but that is not true. Farmer Olsen took Mike to the University of Utah for a thorough examination. It was determined that Mike was, in fact, a perfectly healthy, albeit cranium-free, free range rooster.

Folks started showing up at the Olsen’s farm to see this headless wonder. They didn’t have Netflix either, so Mike the Headless Chicken became a big draw. Mike was the Stranger Things of the postwar era. People came from far and wide. Farmer Olsen took his miracle bird on the road. Mike began touring with sideshows. Sideshows were huge in 1945 because, well… That’s right. No Netflix.

Mike was a regular cash cow, pulling in $4,500 a month, during his heyday. Imagine what a headless cow could have made! My handy inflation calculator tells me that is the equivalent of $60,213 in 2016. That, my friends, is not chicken feed! Mike, himself, was valued at $10,000, or $133,807 in today’s economy. Thinking of all of the ridiculous items I would like to own, Mike was worth over 5000 complete sets of vintage Dionne quintuplet spoons! Or over 2000 vintage Lady Elaine Fairchild hand puppets from Mr. Rogers’ Neighborhood. Just let that soak in for a moment. Life Magazine did a feature on Mike, in October 1945. He also made it into Time Magazine and got a mention in the Guinness Book of World Records. It’s a good thing Mike wasn’t the type to get a big head. What? Too soon?

In the sideshows, Mike’s manager would hold up a little chicken head next to Mike so the crowd could oooh and ahhh. It wasn’t really Mike’s head, though. Lloyd and Clara Olsen’s cat absconded with that!

Naturally, the glitz and glamour of showbiz was strong and other people tried to duplicate the miracle that was Mike. I imagine little chicken guillotines being set up across the country. Unfortunately, the fowl plans went afoul and none of the other birds lived for more than a day or two without heads.

On March 17, 1947, Mike and Farmer Olsen were at a hotel in Phoenix when the unthinkable happened. Well, it was unthinkable for Mike because of the whole “no head” thing. Mike began choking on a kernel of corn. Normally, the Olsens would have been prepared for the situation, as they routinely suctioned out the gaping hole in Mike’s neckular region. But, drat the luck! They had left the sucky thingies at the previous show. There was nothing to be done for Mike. He died four days before the first day of spring, proving that he was no spring chicken. Statue of Mike in Fruita, Colorado

Today, Mike’s hometown of Fruita, Colorado continues to pay their respects to the finest headless chicken this world has ever known. On the third weekend of May, the town hosts “Mike the Headless Chicken Day”. The festival boasts games, a 5k run, music, and food. What a perfect tribute for a party animal like Mike!