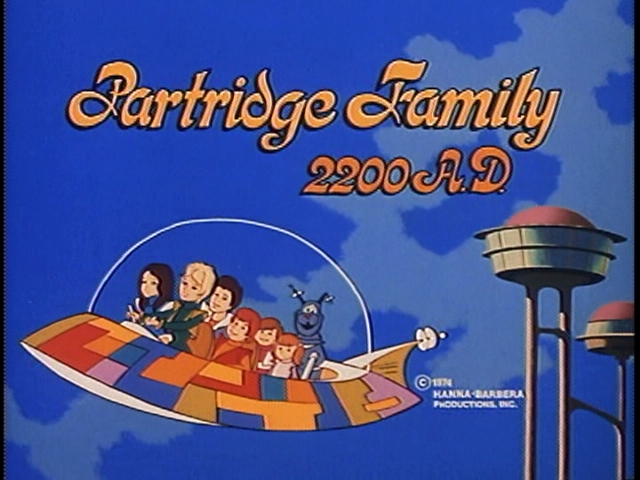 11 Cartoons Based On Primetime TV Shows

By Christi PeltSeptember 16, 2016September 19th, 2016The Junk Drawer
No Comments

Randolph Mantooth and Kevin Tighe voiced their Emergency! characters, John Roderick Gage and Roy DeSoto. The animated Emergency +4 revolved around the paramedics we loved so much and four children and a dog who joined in the rescues. (Because, if there’s anything you want in an emergency situation requiring paramedics, it’s four kids and a dog.) Barry Williams, Maureen McCormick, Christopher Knight, Eve Plumb, Mike Lookinland, and Susan Olsen voiced their roles of Greg, Marcia, Peter, Jan, Bobby, and Cindy Brady in the animated spinoff of The Brady Bunch. Mike, Carol, and Alice were nowhere to be seen. Though there was a talking wizard of a mynah bird, a dog named Mop Top and twin panda cubs who spoke a politically incorrect Chinese sounding gibberish. The Partridge Family wasn’t about to be bested by those Brady kids! Danny Bonaduce, Suzanne Crough, and Brian Forster voiced their roles of Danny, Tracey, and Chris Partridge. Susan Dey voiced Laurie for two episodes before being replaced. Shirley Jones, David Cassidy, and Dave Madden wouldn’t touch the show with a 10-foot space pole! 4. The New Adventures of Gilligan

The first animated reunion of the world’s most famous castaways features all of the main Gilligan’s Island voices, with the exception of Tina Louise and Dawn Wells. I seem to remember Tina Louise spending much of the 70s filming antiperspirant commercials, so I’m not really sure why she didn’t sign on for this. Dawn Wells was unavailable for this project. In this version, the Professor managed to get them off the island by building a spaceship. Great! Now they’re stranded on a distant planet. Honestly! Has the man never heard of building a boat? 6. The Fonz and the Happy Days Gang

Henry Winkler, Ron Howard, and Donny Most reprised their Happy Days characters of the Fonz, Richie Petrie, and Ralph Malph for this far out series. Mr. Cool, a talking dog, and Cupcake, a futuristic girl, rounded out the cast. They travel through history in a time machine while trying “to get back” to 1957 Milwaukee. The show was narrated by Wolfman Jack. Cupcake was voiced by none other than Didi Conn from Grease fame.

When the show ended, the Fonz and Mr. Cool headed on over to the animated Laverne & Shirley in the Army. This one has been lumped together, but really, this fun-fest of Gary Marshall’s most famous characters consisted of two different shows: Mork & Mindy and Laverne & Shirley with The Fonz.

On the Mork & Mindy side, Robin Williams and Pam Dawber voiced the roles they made famous. In this version, alien Mork and earthling Mindy are teenagers attending school. The animated version of The Dukes of Hazzard had two seasons in 1983. Catherine Bach, Denver Pyle, James Best, and Sorrell Booke lent their voices for the duration. John Schneider and Tom Wopat joined them for the second season as Bo and Luke Duke. Most of the show’s adventures are revealed when Uncle Jesse reads postcards to Smokey, his pet raccoon. The spinoff of Roseanne, Little Rosey, centered around an eight-year-old Roseanne, her sister, Tess, and best friend, Buddy. Roseanne did not voice the animated version of herself. Tess and Buddy seem to have been based on the characters of Jackie and Dan. I Dream of Jeannie had a magical spinoff of its own. Barbara Eden sat this one out, but… Wait for it… One of the voice actors for Jeannie was none other than MARK HAMILL! Yes, I AM screaming! Luke Skywalker voiced the role of Corey Anders. I have no idea who Corey Anders was, or how he fit into the show, but I am filing this bit of trivia away under, “Get out!” I leave you with the theme song to Gilligan’s Planet. No need to thank me!