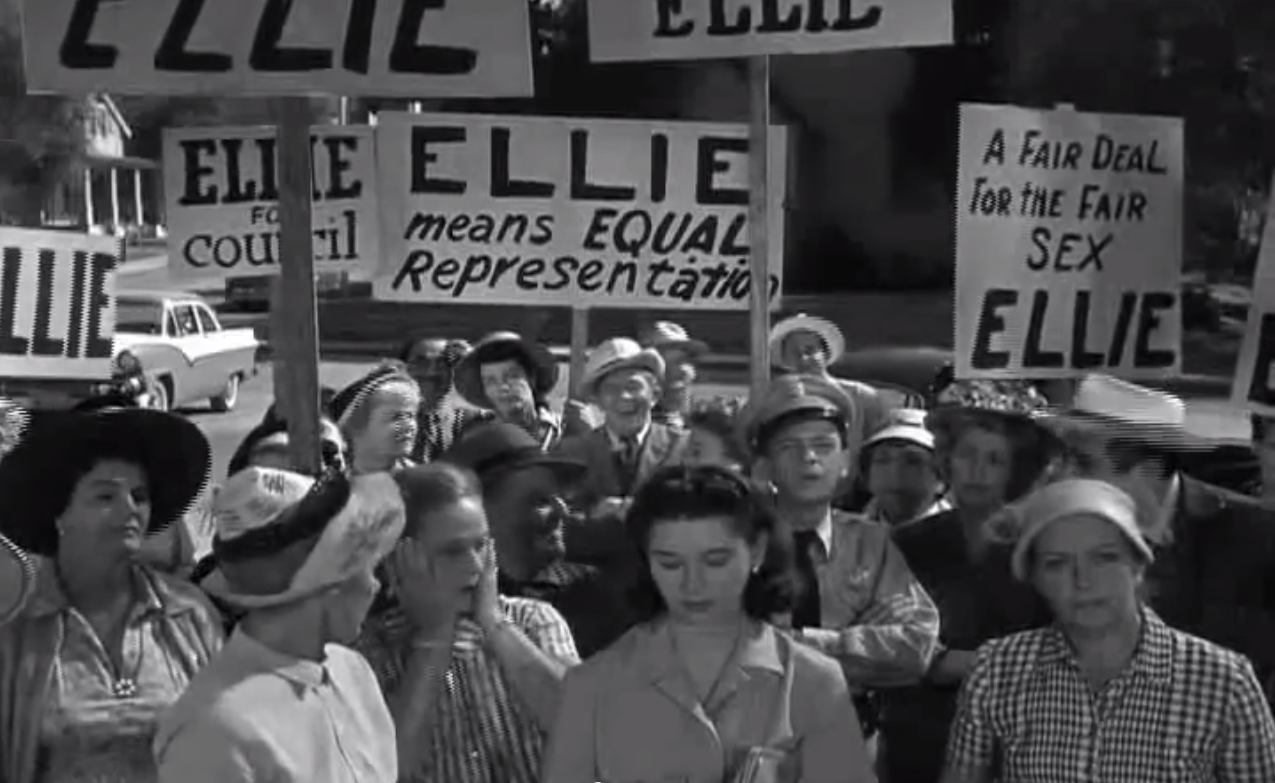 By Christi PeltNovember 7, 2016Featured, The Junk Drawer
No Comments

If you need a little diversion from the Presidential election, why not turn your attention to some classic television elections? At this point, I’d even consider voting for Boss Hogg!

15. The Dukes of Hazzard “People’s Choice”

Boss Hogg breaks out every dirty trick in the book to win re-election as Hazzard County Administrator. Hmm… That sounds familiar. Mr. Drummond decides to run for City Council in this post Mrs. Garrett episode. I hope his first act of business will be adding that missing “e” to Diff’rent Strokes. 12. The Facts of Life “Breaking Point”

Blair runs for class president. During the course of the heated campaign, one of the candidates commits suicide, in this “very special” episode of The Facts of Life. Andy Taylor misses the election filing deadline because he thinks he is accepting another job. Barney ends up running for sheriff of Mayberry against write-in candidate, Andy. Oh, Barney, what must Thelma Lou think of you? The Skipper and Thurston Howell III compete for the prestigious position of President of the island. I don’t want to give the ending away, but there’s a write-in candidate and he’s in the title of this episode. 8. The Brady Bunch “Vote for Brady”

When Greg and Marcia both run for student body president things get more heated than… Oh, let’s face it. It’s The Brady Bunch. Things don’t get that heated. When Martin endorses a right-wing candidate, Frasier and Niles support his opponent. Mayhem ensues. And, face it. Who doesn’t enjoy a little ensuing mayhem every now and then? 6. Little House on the Prairie “The Election”

Those hooligan boys in the Walnut Grove school nominate poor ol’ Elmer Dobkins for class president. But does Elmer have a chance against popular Mary Ingalls and richie-rich Nellie Oleson? Elmer should be thankful he lived before the age of cyberbullying! When Ellie learns not a single woman is running for town council of Mayberry, she throws her flowered hat in the ring. The town is split in a battle of the sexes. I mean, just because she’s a “lady druggist,” is she really smart enough to be a councilman? Uh, lady councilman? Councilgal? When Jan is nominated for the most popular girl of her class, she overdoes it on the campaign promises. How else could she beat Kathy Williams, who is “beautiful, brainy, and built”? At least she wasn’t running against Marcia, Marcia, Marcia. 3. I Love Lucy “The Club Election”

Lucy and Ethel both run for president of the Wednesday Afternoon Fine Arts League. It all comes down to the vote of new member, Ruth Knickerbocker. Think of Mrs. Knickerbocker as a sort of WAFAL super delegate.

2. The Gilmore Girls “Tippecanoe and Taylor, Too”

Jackson is fed up with Taylor’s political shenanigans and decides to run for town selectman. Lorelei and Sookie manage his campaign and Sookie looks every bit the politician’s wife. Check out the pink suit and anchorwoman hair! Julia Sugarbaker is recruited to run for city council against a reactionary candidate. Sugarbaker for President!