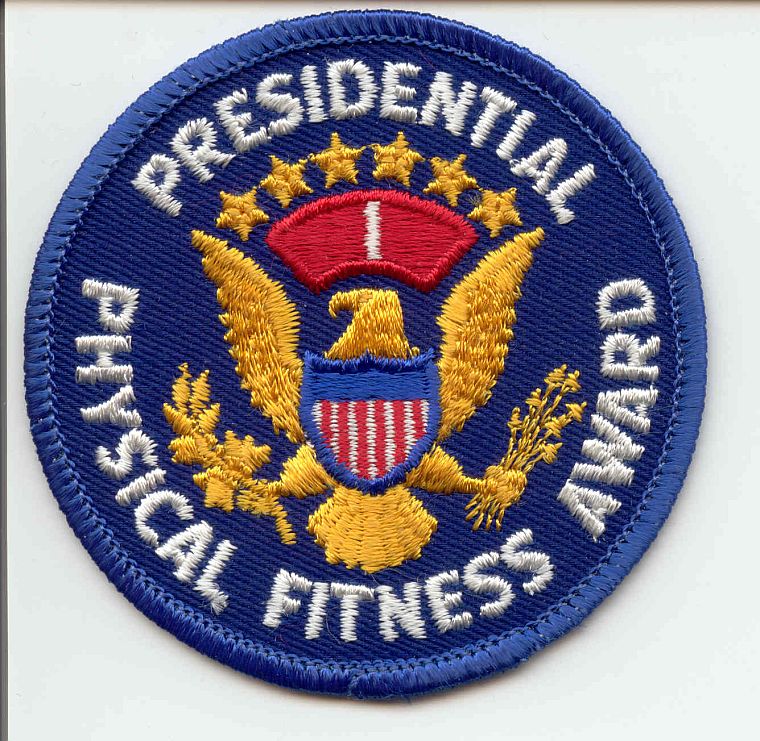 During this tumultuous election year, I’ve been thinking about when I first lost faith in the government. Upon reflection, I have pinpointed it to one thing–the Presidential Physical Fitness Test. It destroyed my confidence and made me want to move to a country where the powers that be didn’t care if I couldn’t do a pull-up. And it made me convinced that P.E. actually stood for Public Embarrassment.

The test was established in 1966 under Lyndon B. Johnson. Forget about Vietnam for a moment. The fitness test alone is enough for me to think the man should have been impeached. Or forced to do pull-ups, run relays, and generally humiliate himself in front of Congress. I would have held the stopwatch. The man responsible for my misery.

Prior to participating in this form of government sanctioned child torture, I actually enjoyed P.E. There was scooter hockey, dodgeball, and that nifty big parachute we used to play games like Popcorn, Mushroom, and Making Waves. I liked tumbling and could have done a spider walk all day long. At home, I rode my bike, jumped on the trampoline, skateboarded, and climbed trees, while still managing to squeeze several hours of television viewing into my daily schedule.  It was a balanced lifestyle. Then Big Government stepped in with its fanatical views. Why, yes, Skechers Go Walks, I am available for product endorsements!

Oh, I could handle parts of the test. The shuttle run wasn’t too bad even though we had to run girls against boys for that one. I could do sit-ups, so that was okay. The standing broad jump and running broad jump weren’t too bad either. But when it came to distance running… They made me run until I thought my side was going to explode (which I always thought would be kind of cool because an exploding side would have almost certainly gotten me a doctor’s note to not participate). Distance day had me in tears and longing for asthma every single year–because they couldn’t push those kids with inhalers too hard. I also have no fond memories of the pull-up bar. I remember dangling from that bar and hoping I would somehow learn to levitate. I never did. Alas, the pull-up eluded me then, as it still does today.

Yes, I decided to give the test a try again to see if I had misjudged it. Nope. I still hate it. I went out on a windy, windy day to flex my muscles, only to learn I still have no muscles to flex. But it gave me a great opportunity to wear the old lady track suit I wore post cancer surgeries. So, that’s something. I found out this isn’t even a pull-up. It’s a chin-up. No matter. I can’t do either one, Mr. President. Proof I Have at Least 92 Friends

For the visual among you, I have created a bar graph. Pretty fancy, eh? The blue background color represents the tears I shed over this stinkin’ test. Yes, that’s a slew of options because I neglected to create a poll that wouldn’t allow them to come up with their own creative categories. I know this group of women and you’re lucky there aren’t 92 options!

More specifically, here’s what some of them had to say:

“Abhorred that test! I have never been able to do a push up or a pull up. I can’t climb up a rope that is dangling from the ceiling by using my bare hands to grip the knots. Hello, Gym teacher, I am horribly afraid of heights. I have never been able to swing from ring to ring. Running, yes, that I excelled at. Same with sit ups. I could out sit up and outrun everyone else in the gym class. Jumping Jacks? Aced them.” ~ Tig

“I loved it. Sorry.” (FREAK!) “I think just because I knew on that day that we would just have to take the test and I would do well. It felt like the adrenaline you get before a game or performance. The rest of the time we could sit around and chat, or cheer our classmates on. It felt like a fun day to me. I remember having an award ‘signed by’ Ronald Reagan and thinking it was SO COOL that the President signed MY award!” ~ Becca

“I feel SO much better!! I felt like I was the only person in the WORLD who could not do a pull-up, not even one, not ever. I couldn’t even do the alternative flex-arm-hang for long enough to qualify… Running was my favorite. I don’t remember the scoring system, I just know that I ‘passed’ most events reasonably well (except for hanging by my arms), scraping by in sit-ups and push-ups, doing okay in the short runs, but long runs were the best… But I didn’t run again after I was 15 until the age of 41, four years ago. I wouldn’t beat a lame turtle now, but I’ve rediscovered how much I love running.”~ Sheila

“I have never ever ever done a pull-up successfully. Even after a year of lifting heavy weights. My body mass has always exceeded the strength of my arms.”~ Tawnia

“I hated that test, and all PE with a passion…” ~ Anne Marie

“I’m SO not athletic. I hated presidential fitness.” ~ Melissa

“I liked everything but the running (which is funny now because I choose to run). I’m just not fast. It doesn’t matter how conditioned I am, I could not move my legs fast enough for either the long run or the shuttle run.” ~ Terri

“That ‘sit here and put your foot against this board and bend over and show how far past your toes you can reach…’ thing. I couldn’t even reach the beginning of it. Ever.” ~ Lisa

“I hated it. The one thing I could compete in was the bent arm hang, though.” ~ Staci

“PE was akin to purgatory for me. Chubby and short. Braces and bottle cap glasses. Shiny horrible shorts that creeped up and around my thigh, cutting off circulation, even if I was standing still. And then the showers. Freaking mercy. I didn’t care one whit about the award. I was too busy trying to not die of embarrassment the entire class. Moving on…” ~ Faith

Yes, Faith, and my other athletically challenged friends, we can move on. We’re adults now and that means no one can ever make us run, jump, or pull-up against our will again. The irony is how many of the P.E. haters are physically fit today. Personally, I walk about ten miles a day. Every day. All on my own. With no one dangling some elusive patch and certificate in my face like carrots I would I never reach. It doesn’t matter that I never won the Presidential award. I lettered in Library. But that’s another story for another day.