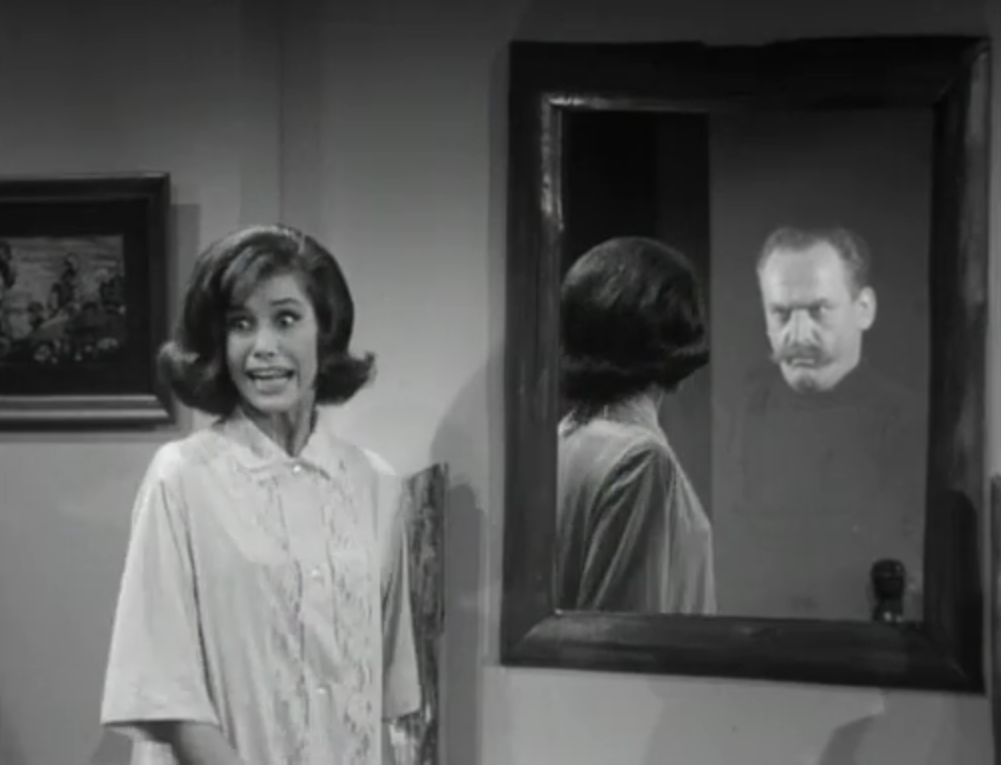 By Christi PeltOctober 12, 2016The Junk Drawer
No Comments

Some of my favorite classic TV episodes revolve around a haunted house, which is ironic because, basically, I’m a big ol’ chicken weenie! This list of slightly spooky shows is perfect for the faint of heart this Halloween!

1. The Dick Van Dyke Show “The Ghost of A. Chantz”

When there is a mix up in reservations, Rob, Laura, Sally, and Buddy must spend a night in a cabin that legend says is haunted. Opie and his pal, Arnold, knock a baseball into “the old Rimshaw house,” which is rumored to be haunted. Barney, Gomer, and Andy go to retrieve the ball. This episode served as inspiration for my favorite spooky movie, “The Ghost and Mr. Chicken,” starring Don Knotts. 3. Laverne and Shirley “The Haunted House”

Their quest to buy a new couch leads Laverne and Shirley to a furniture sale in a house Shirley believes to be haunted. Richie laughs at Joanie’s fear of the haunted Simpson house, until Ralph Malph decides to host his annual Halloween party there. Richie discovers something which leads him to believe Joanie may be right. Grandpa puts Herman under a hypnotic spell to cure the hiccups. That same night, two sorority girls enter the Munsters’ home on a dare. Ken Osmond, who played Eddie Haskell on Leave It to Beaver, guest stars in this episode. 6. I Dream of Jeannie “My Master, the Ghostbreaker”

When Tony inherits a haunted English castle, he, Jeannie, and Roger pay it a visit. 7. Leave It to Beaver “The Haunted House”

Beaver and Larry Mondello are certain the Cooper house is haunted by a witch. So, why did June just accept a job offer for the Beav to walk Mrs. Cooper’s dog? 9. My Three Sons “The Ghost Next Door”

Chip and his buddy, Sudsy, go trick-or-treating and spot someone carrying a candle in the vacant house next door. 10. The Flintstones “A Haunted House is Not a Home”

Fred has the opportunity to inherit a mansion, if he can spend a night there. If Fred dies, the butler, cook, and gardener get his share. Barney, good friend that he is, stays by Fred’s side during a long, scary night.

When Jan and Cindy see a ghost, it is revealed Greg, Peter, and Bobby were behind the apparition. Marcia joins in with her sisters to put a scare into the boys. 12. The Donna Reed Show “The House on the Hill”

When the women’s club is raising money for the children’s clinic, Donna volunteers to pay a visit to an elderly woman in her rumored haunted house. 13. The Green Acres “The Ballad of Molly Turgiss”

The legendary ghost of Hooterville townswoman, Molly Turgiss, returns from the afterlife to haunt the Oliver and Lisa’s farmhouse.