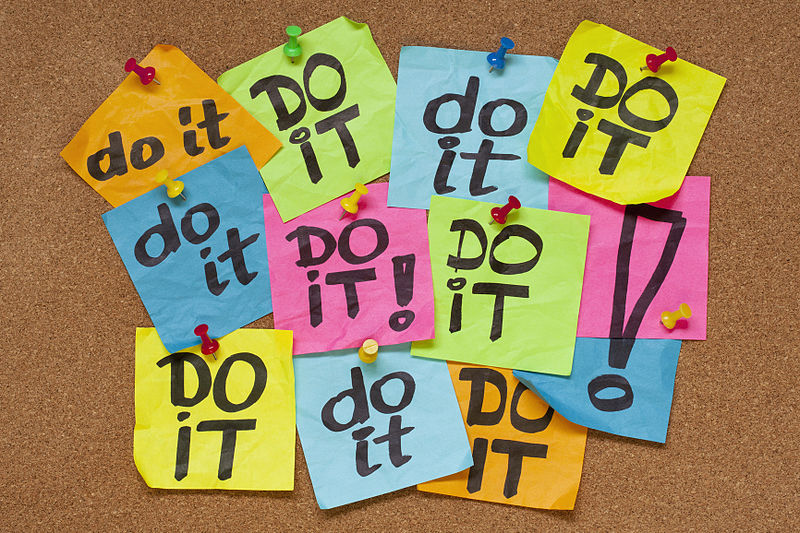 To Remember To Finish What I Begi…

A while back, Landon found a box full of memories in the attic. Yes, there’s more than Meryl Streep’s DNA up there. This particular box contained memories from my childhood, which my mother apparently got tired of storing at her house–totally ignoring the fact that she could one day be asked to provide paraphernalia for the My Imaginary Talk Show Museum. She’s going to feel pretty rotten when she has to confess that she wanted to reclaim a closet for something as mundane as clothes. But that is neither here nor there. The point is that my son found a box full of my childhood treasures in the attic and we had a grand ol’ time going through it.

Most noteworthy were my old Blue Bird Girls uniform and a bunch of loose, colorful beads. In case you don’t know, Blue Birds is to Camp Fire Girls what Brownies is to Girl Scouts. (I can’t believe they took the analogy section off of the SATs. That’s probably the only thing that got me into college.) I’m not sure, but it seemed to me the main difference between the two organizations is that the Camp Fire Girl/ Blue Birds sell candy and Brownies/ Girl Scouts sell cookies. For the record, that candy was way harder to sell! But, hey, at least it was better than that overpriced Boy Scout popcorn, so I shan’t complain. I vaguely remember working to earn those colorful beads, which were the Blue Bird equivalent to merit badges. The number of beads in the box would suggest I hadn’t exactly knocked myself out to become the Grand Pooh-Bah of Blue Birds, or whatever that highest honor might be called. By the looks of that box, I was a mediocre Blue Bird, at best. Although, I did both sell and eat my fair share of Camp Fire Girl candy. So there’s that.

While looking through the beads, my son wanted to know the various colors meant. I had no earthly idea because my Blue Bird recollections pretty much consist of the aforementioned Camp Fire Girl candy, playing Red Rover, and taking a field trip to a beauty salon. I thumbed through my Blue Bird Adventure handbook, which was also in the box and found where my mom had initialed the tasks I completed to earn beads. Not my actual beads.

Over several years as a Blue Bird, I earned:

There are also three big, fancy beads I can’t identify. And, quite frankly, I’ve lost interest. Yet, while reading up on Blue Birds, I felt a pang when I got to a section in The Blue Bird Wish Comes True. I spent some time reflecting on that list. Hmm… Well, playing Red Rover was fun. Check that one off. I vaguely remember making a macrame plant holder. Check off the one about learning to make beautiful things. I want to keep my temper most of the time. Sure. Interesting places? There was that field trip to the beauty salon. That was enjoyable. I think I get a pass on the one about knowing about trees and flowers and birds based on the fact I earned zilcho Outdoor Craft beads. We can’t all be Thoreau! I did make friends–many of whom I saw at my recent 30th reunion. But that one about remembering what I begin… That one got to me. Well, dagnabbit! I might not have earned any beads for Outdoors Craft, but I could certainly string the beads I had earned. Better yet, I could have my son do it for me! I should probably get a bead for delegating.

Hey, ladies! In case any of you have some beads that need stringing, my son is available.