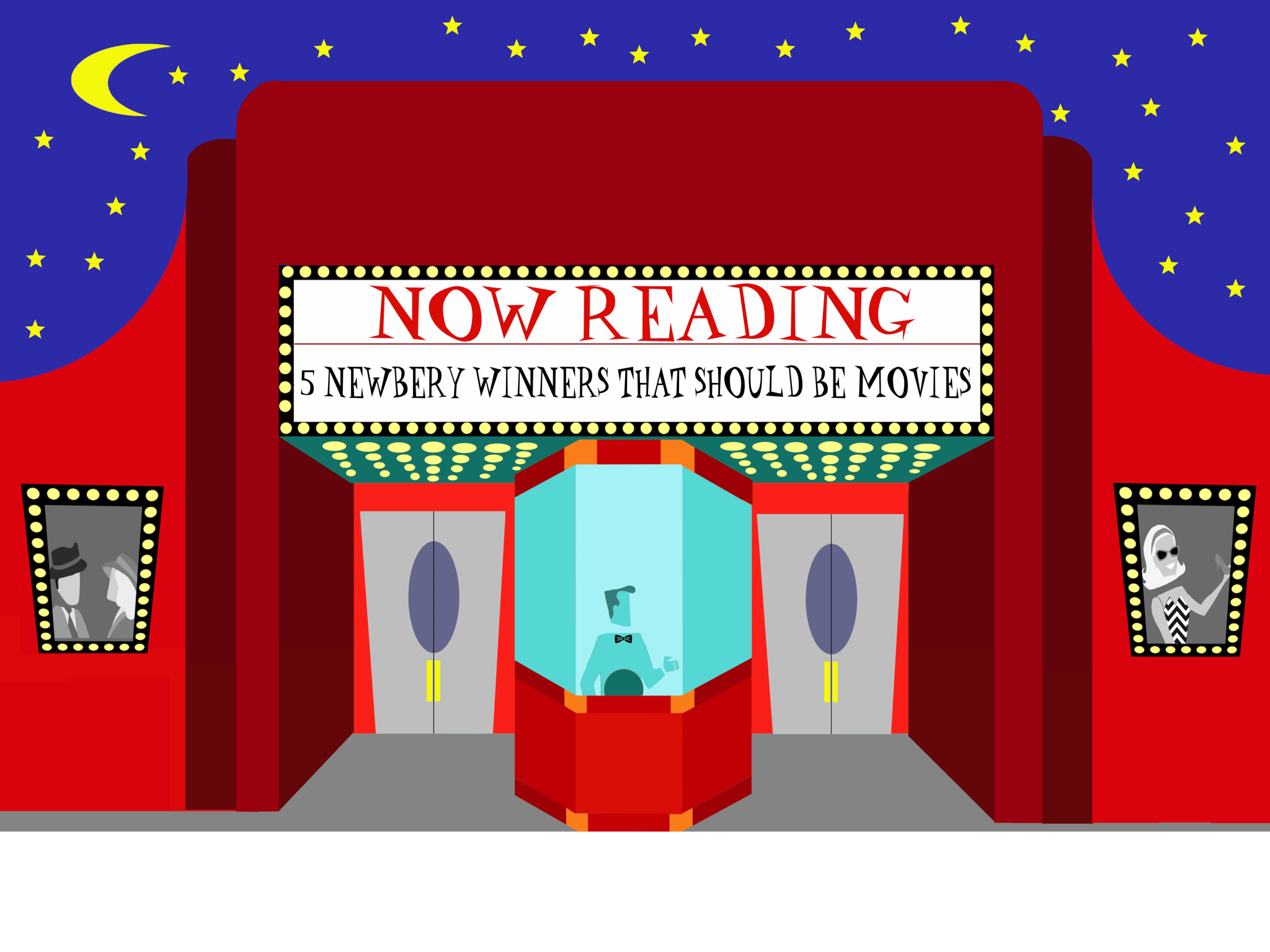 5 Newbery Winners that Should Be Movies

The upcoming release of Miss Peregrine’s Home for Peculiar Children to movie theaters has me wondering what other Newbery Medal and Newbery Honor books would make great movie adaptations, particularly under the direction of Tim Burton. I have a serious soft-spot for children’s and young adult literature, and I would always rather read a fabulous book than see a movie, but here’s a list of books I’d love to see coming soon to a theater near me: I have waited for more than fifteen years for this novel to make it to the silver screen. Newbery Medal winner for 2000, Bud, Not Buddy is a tale of a ten-year-old orphan, living in Flint, Michigan in the heart of the Great Depression. My dream casting includes Queen Latifa in the role of the jazz singing Miss Thomas. While it isn’t a movie yet, the audiobook read by the late James Avery of The Fresh Prince of Bel-Air fame is absolutely flawless.

2.  A Year Down Yonder by Richard Peck Next on my list of movies that should exist is 2001 Newbery Medal winner, A Year Down Yonder. The sequel to Newbery Honor winner, A Long Way from Chicago, this is one book I read at least once a year. It is the story of Mary Alice, a fifteen-year-old girl from Chicago who is sent to live with her grandmother in a rural town for a year. Set in the Great Depression, there’s nothing depressing about it. No matter how many times I read it, I still laugh until I cry. And, hey, I’m good with a studio making A Long Way from Chicago into a movie first. Since the death of Bea Arthur, my next draft pick for the role of Grandma Dowdel is Vicki Lawrence. Yes, that casting was heavily influenced by her acting on Mama’s Family.

3. The Westing Game by Ellen Raskin Okay, so this 1978 Newbery Medal winner one was made into a television movie in 1997. I’m not counting that because 1) it was a TV movie, 2) it was titled Get a Clue instead of The Westing Game, and 3) it was not good. The Westing Game is a mystery centering around the death of eccentric millionaire, Samuel W. Westing. Westing’s sixteen heirs are gathered together for a reading of the will and a challenge to inherit his estate by solving his murder. Come on, studios! You’ve had thirty-seven years to make this movie! For the role of Judge Ford, I nominate Audra McDonald. The 1995 Newbery Medal went to Walk Two Moons, which is narrated by thirteen-year-old Salamanca (Sal) Tree Hiddle. The summer after Sal’s mother left her father, Sal is taking a cross-country car trip with her grandparents to visit her mother. A consummate storyteller, Sal entertains her grandparents with tales of her friends in Ohio. This is a spoiler free synopsis, in case you haven’t read the book. I would really appreciate seeing Michael Caine in the role of Gramps. An oldie but a goodie, The Twenty-One Balloons won the Newbery Medal in 1947. It is the story of Professor William Waterman Sherman, a retired school teacher who takes an ill-fated balloon trip. That trip leads to the discovery of the volcanic island of Krakatoa and the society of its fantastic inhabitants. This imaginative science fiction adventure story would make for a spectacular period piece. If I’m casting this, the part of Professor William Waterman Sherman will be played by George Clooney. You’re welcome.

Bonus: Everything on a Waffle by Polly Horvath It didn’t quite medal, but this 2002 Newbery Honor winner deserves to be on the big screen. Everything on a Waffle covers a year in the life of eleven-year-old Primrose Squarp, following the apparent death of her parents. Hollywood, if you’re listening, I suggest Matt Damon for the role of Primrose’s Uncle Jack.