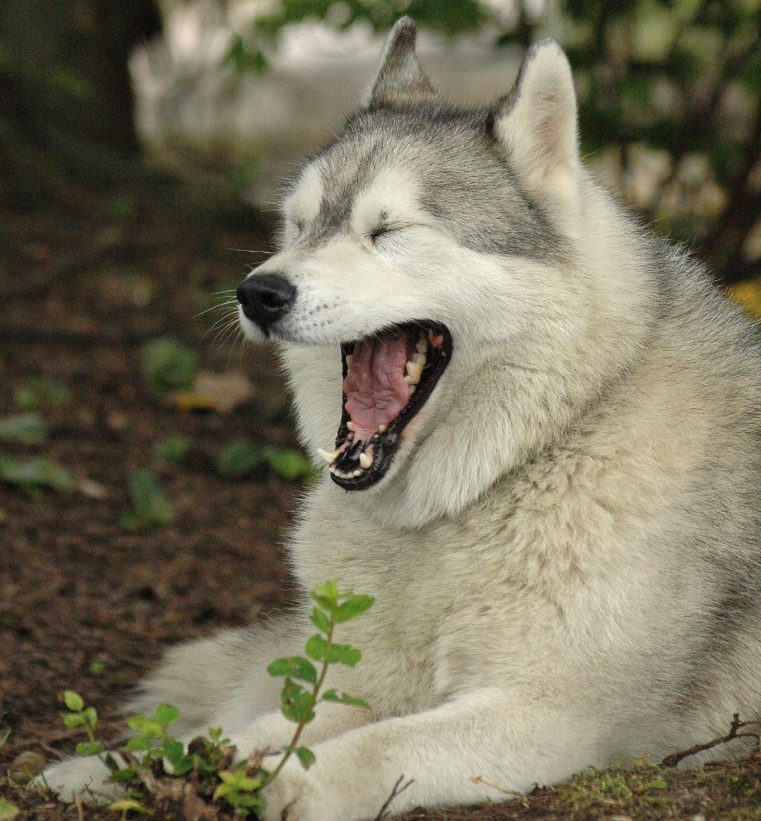 Did someone say “talking dogs”? Count me in! Ever since I first met George Jetson, his boy Elroy, daughter Judy, Jane his wife, and their amazing talking dog, Astro, I have been waiting for the day when dogs could talk, cars could fly, and my robot maid could scoot around with her feather duster. Thanks to Georgia Tech associate professor, Dr. Melody Jackson, at least one of those things is closer to becoming a reality. While the dogs involved can’t quite say, “I ruv ru, Reorge,” things are definitely looking up in the talking dog department. Just an average space age family out for a ride with their talking dog.

What the Well-Dressed Talking Dog is Wearing

Jackson, who earned her Ph.D. in Computer Science from Georgia Tech in 1998, has trained service dogs for two decades. Combining her love of computers with her love of dogs, she and her research team have created high-tech canine vests for her pet project called FIDO (Facilitating Interactions for Dogs with Occupations). Dogs involved in FIDO wear vests equipped with sensors on each side. Some of the vests are triggered by a dog’s bite, while others operate at the nudge of a pooch’s cold, wet nose. The sensors give the dogs voices that extend far beyond the basic “bow wow.” Dog NOT wearing the FIDO vest.

Sky, Jackson’s 8-yr-old border collie, has been instrumental in testing the product designs. With the aid of a vest, Sky can easily “tell” you if his handler is holding a Frisbee or a ball. But the implications of FIDO extend far beyond identifying toys for a game of catch.

The team has been observing bomb sniffing dogs and hopes the vests will one day be worn by canines patrolling battlefields. They are also working on a vest, which will send GPS coordinates to a handler when a dog locates a missing person. If Lassie had been wearing one of these, Timmy could have been rescued from a well in warp speed! Imagine what Lassie could have done with a vest.

There are also plans to implement the innovative canine couture to assist people with seizure disorders, as well as, the hearing impaired and those who are unable to speak. With the aid of these vests, dogs could easily call 911, or alert an owner of a crying baby, smoke alarm, or tornado siren. I’m pretty sure my own four-legged friend would use a vest to order take-out and buy stuff from infomercials. He’s sort of a… Oh, what’s the word? Jerk. He’s sort of a jerk.

Fortunately, my geriatric pooch with the personality disorder doesn’t have a vest. The closest he’s come to talking was when he started barking while one of my sons was using a dictation program on his computer. Normally, the speech to text program ignores background sounds, but Geriatric Dog started going nuts barking out the window, indicating some dangerous element, such as an elderly man walking a bichon. When son reviewed the text, he was surprised to see, “Ruff. Ruff ruff. Rrrrrrr. Ruff. I am cool hell.” Wait a minute! I am cool hell?! Where did that come from? I always knew he felt that way, but, let’s face it. “I am cool hell!” is a far cry from, “I ruv ru!”

See for yourself the amazing work the FIDO Project is doing!